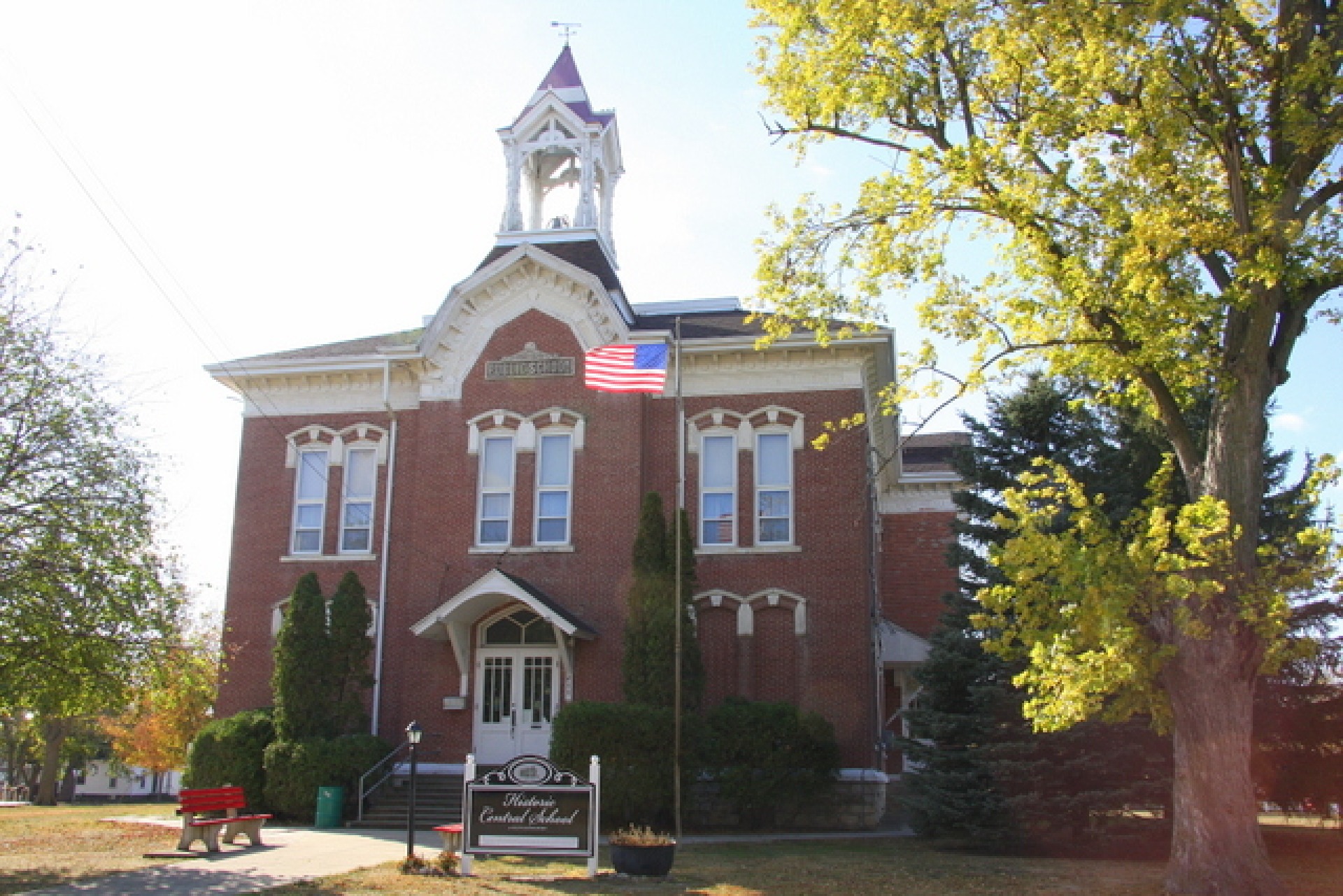 Celebrating National Preservation Month: 3 Things You Might Not Know About Central School

In a world that often seems turbulent at best, isn’t it comforting to have touchpoints in life that provide the continuity we need to stay grounded? Historic buildings like Central School do just that, and they are worth celebrating, especially during May, which is National Preservation Month.

Old buildings stand as witnesses to the heritage of a community, giving people a sense of place. They also tell us stories about the potential to enrich the community, now and in the future.

There was a time not that long ago, however, when few Americans were familiar with the term “historic preservation.” The post-World War II zeitgeist (spirit of the age) was relentlessly future-oriented, especially during the Space Age. If something was old and obsolete, the logical move was to get rid of it.

This attitude of “new is always best” started to change only when enough people realized that irreplaceable historic structures were being torn down routinely. The most high-profile champion for saving America’s historic structures was First Lady Jackie Kennedy. One of her first actions after her husband was inaugurated as America’s 35th president was to give prominence to the White House, America’s most famous historic home.

The First Lady’s preservation of the White House took center stage in 1962 when she invited the public inside of the mansion for a guided tour on CBS, which attracted 80 million viewers. Years later when Jackie lived in New York City, she helped save Grand Central Terminal from demolition.

“Is it not cruel to let our city die by degrees, stripped of all her proud monuments, until there will be nothing left of all her history and beauty to inspire our children?” she asked. “If they are not inspired by the past of our city, where will they find the strength to fight for her future?”

More Americans embraced this spirit. The National Trust for Historic Preservation established National Historic Preservation week in 1973. First Lady Patricia Nixon, read the Presidential proclamation: “As the pace of change accelerates in the world around us, Americans more than ever need a lively awareness of our roots and origins in the past on which to base our sense of identity in the present and our directions for the future.”

Saved from the wrecking ball

As we celebrate National Preservation Month this May, the 2022 theme of “People Saving Places” shines the spotlight on those who a pour their time, energy and resources into preserving priceless pieces of our history, including Central School. Here are 3 things you may not know about Central School:

Central School is still carrying that flair as our volunteer board members and other supporters find more ways to serve the community. (Follow Central School Preservation on Facebook for the latest updates). We host open houses during Western Days and the Christmas season, plus we’re open for tours (Monday through Friday, 9:30 a.m. to 11:30 a.m., or by appointment). We maintain an extensive collection of Lake City Graphic and Graphic-Advocate newspapers, along with many local history books, to help people find obituaries and other information related to their family’s heritage.

We’re currently raising money to “bring the museum to the people” by digitizing this priceless newspaper collection so it’s available in a searchable, online database, free of charge to the public. If you’d like to help, go to www.historiccentralschool.com and click on the yellow “Donate” button on the homepage, or mail your check to Central School Preservation, 211 S. Center St., Lake City, IA  51449. We’d like to complete this critical project this year, and we’re grateful to everyone who has donated so far!

While preserving history is essential to building a healthy community, so are recreational opportunities. We were thrilled to receive a 2022 Grow Greene County grant, which allowed us to pave a basketball court this April on Central School’s playground. It’s great to see kids playing there.

All this is part of historic preservation and is making Central School a place that sparks imagination to help people find their place in history, live more enriching lives today, and inspire hope for our community’s shared future.